It’s that time of year again! AEJMC is just around the corner. This year, I’ll be traveling to Montreal for the conference.

END_OF_DOCUMENT_TOKEN_TO_BE_REPLACED

If you are a lover of Google Scholar like me (I’ve written a few posts on becoming a G Scholar power user, in case you’ve missed them) you may have seen that the 2014 Google Scholar Metrics are out.

END_OF_DOCUMENT_TOKEN_TO_BE_REPLACED

I’m back from a great trip to ICA! The conference was filled with inspiring and informative panels. And it was great to see colleagues and friends!

I want to take a quick minute to share a post summarizing a great panel I attended. Since Mary Joyce (@MetaActivism) summarizes the post here and the capabilities of the software, I thought I’d just let her do the talking. 🙂 But first, a quick overview.

The panel was “Integrating Social Media Data Into Communication Research Using Application Programming Interfaces (APIs).” I attended it Friday morning and was fortunate enough to get a chair. The room was packed with dozens of people sitting on the floor or standing in the back or along the wall. It seems interest in social media data in the field of communication research is on the rise.

Here’s a great summary of the presentations by Mary Joyce over at Meta-Activism.org.

Hope everyone’s week is off to a great start! It is very busy here. Kelin and I just returned from a weeklong trip to Poland. We went to Krakow and Warsaw.

I’m leaving early Thursday morning to head the International Communication Association conference in the beautiful Pacific Northwest! If you are going to be at ICA in Seattle, feel free to stop by and see our poster session for our paper:

I hope to see you there!

Just for fun, I thought I’d share just a few of the many photos we took during our trip to Poland. I wish I remembered the names of all of the amazing historic buildings we saw to go along with the photos. I highly recommend visiting Poland, especially Krakow!   For each city, I also listed some highlights. Some photos go along with the highlights. Click the photos to enlarge them. 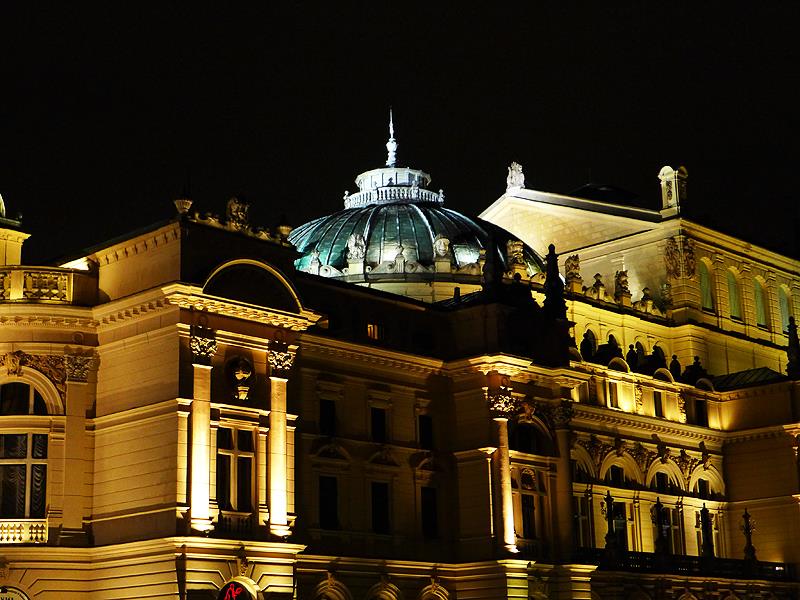 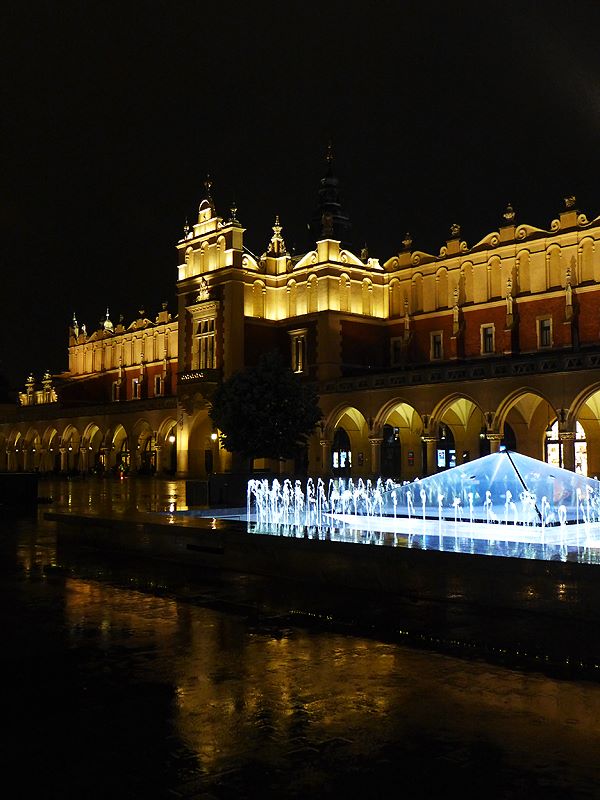 photos: Theater in Krakow, and the town square in Krakow

The Schindler factory (made famous by the Schindler’s List movie) – Although we didn’t get to go into the factory (which is now a museum), just being able to see it from the outside was an amazing experience.

Krakow Jewish Ghetto – We went through the location where the Nazis forced the Jewish population of Krakow to live in 1 of 2 walled in sections across the river from Krakow. This was near the Schindler factory.

Nowa Huta and the “Communist Bus Tour” – where we learned a ton about the history of the fight against communism in Poland, and got to tour Nowa Huta (the city of the New Steel Mill) which was a planned socialist city. I didn’t know much about how Poland won its power and the years of protest and bloodshed that led up to it, a good bit of which happened in Nowa Huta and during strikes in that city. Interestingly, a town square that was once called Stalin Square was renamed to Ronald Reagan square to honor his fight against communism. 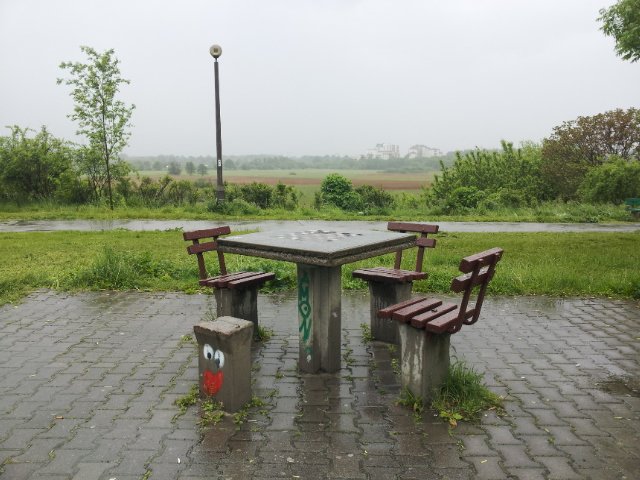 photo: in the distance you can see what looks like a large field. This was supposed to be a made man lake in Nowa Huta. But the USSR never completed it due to a lack of funds. However, some maps showed that the lake was there.

Nearly 90% of Warsaw was destroyed during World War II, including a systematic campaign by the Nazis to make an example of the city to the rest of Europe because the citizens of Warsaw tried to fight back against the Nazis. So most of the buildings are rebuilt. But the city took great care to replicate the buildings as closely as possible to the originals. Highlights included 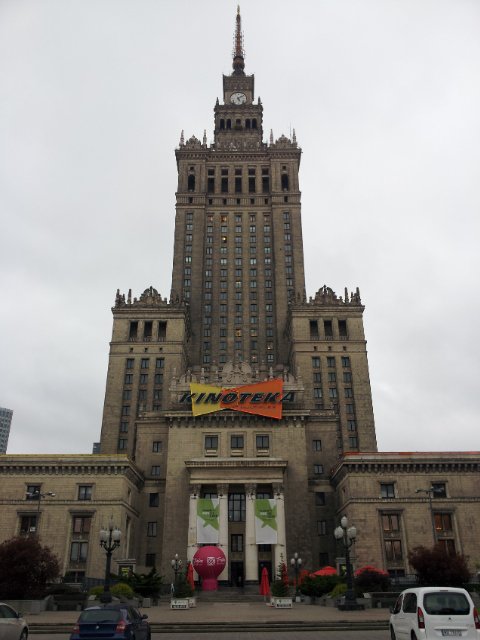 Photo: The Palace of Culture and Science, the tallest building in Poland was a gift to Poland from the Soviet Union in the 1950s. It used to be named after Stalin.

The University of Warsaw 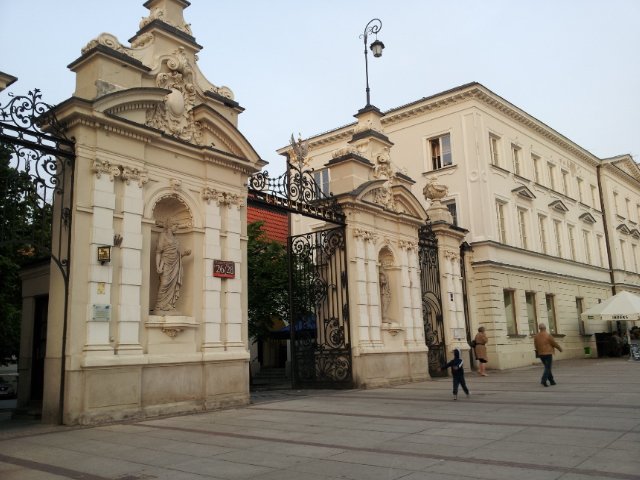 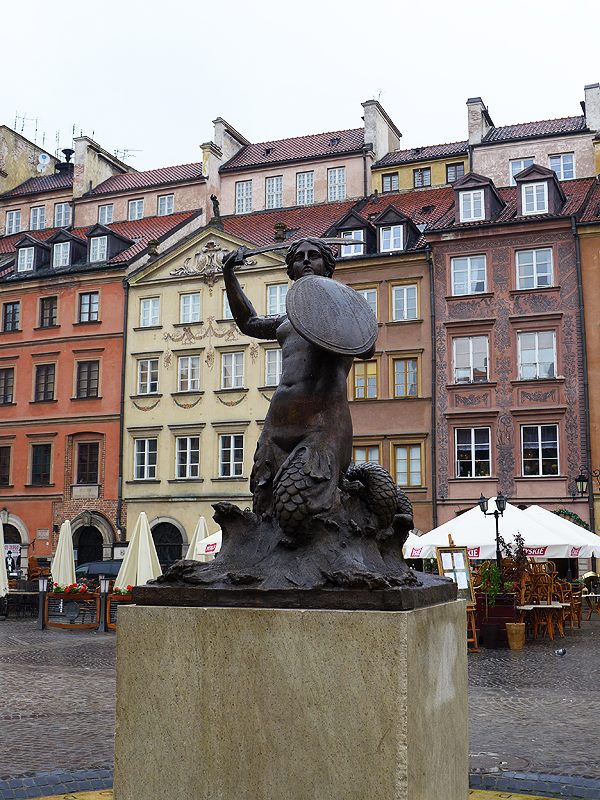 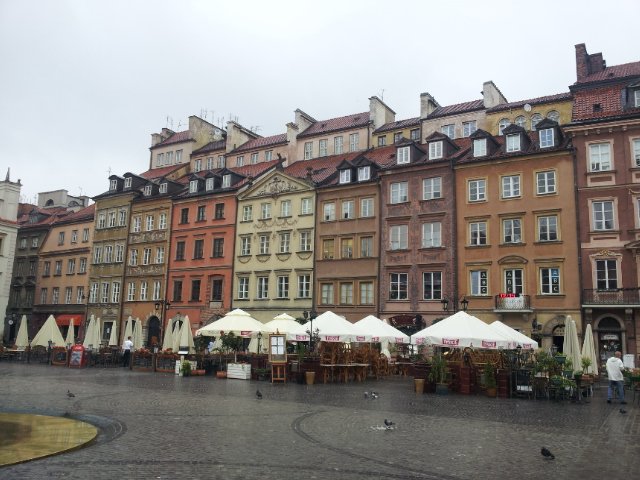 photo: Mermaid statue in the old town square in Warsaw, 2) more of the old town’s center.

The Warsaw Uprising Museum – Unfortunately I didn’t get any good photos because it was dark. But this experience was absolutely moving. It was one of the best museums I have been to. This museum is dedicated to the efforts of the Home Army (the small army of Warsaw citizens) who fought the Nazis during a 63 day campaign in 1944 as the Russians approached the city, pushing the Nazis back. After taking Warsaw, the Russians provided very little support for the Home Army and arrested many of their members. Leaders were imprisoned, many never to be seen again. The Russians downplayed the role the Home Army played in the battle for Warsaw. And much of what the Home Army did was not acknowledged until after the end of the Cold War.

That’s all for now. I hope everyone is having a great week! Hope everyone is enjoying their Thanksgiving break!

A recent article published in Studies in Higher Education asks: Why do academics blog?

Hmm. I guess it seemed obvious. Why does anyone blog? Fame, fortune…? Then I got thinking. Yeah, why do academics blog? Of course, as an academic and a blogger, I had to read the article. It is titled: “Why do Academics Blog? An Analysis of Audiences, Purposes, and Challenges.”

Articles such as Why Academics Should Blog by McGuire at Huffington Post, say that people should blog for a number of reasons as “the point of academia is to expand knowledge,” and the hard to accept but admittedly true: “because some of your ideas are dumb.”

Of course, there are other reasons too, like promoting your ideas and that your blog is part of / and builds your reputation. The authors of the research article wonder if this is in fact true – why do academics blog? By investigating 100 academic blogs  via content analysis , the authors produce an interesting look inside the real reasons why academics blog.

This got me thinking about why I blog.

Why do I blog?

When I created this blog, I spent lots of time working on who I was writing for, and how I wanted to name my blog. I attempted to articulate that in my “About this blog” page. I’ll summarize:

Social media education is a new and emerging field. I want to be a part of that conversation.

I teach social media. I have a vested interest in growing with the field. To be great at my job, I need to grow, change, adapt. I need to constantly learn. So, I want to learn and reflect on what I learn.  But I believe I can also help the field grow. I want to share my knowledge.  Maybe by talking about my experience, I can help other educators, or get people thinking about social media education. And too, I want to meet others with similar interests and goals.

How has a Blog has been helpful to me?

Oh, this list could go on and on. So here are a quick few:

I hope you enjoy the research article!

Why do you blog? How has blogging opened opportunities for you? Are you thinking about blogging but haven’t started?

Have a happy Thanksgiving!