Everyone seems to be talking about VR these days.

For Christmas, my brother gave me a Google Cardboard. It took no time for me to see why VR is all the rage and is set to take off in 2016. 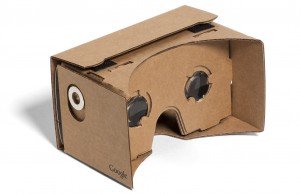 While the Cardboard isn’t perfect – I can’t wear it too long without getting a bit of a headache and the picture is blurry – the experience is amazing. I’ve been disappointed that I haven’t found anywhere to share Google Cardboard photos. The camera itself doesn’t offer a photo sharing social network. And I haven’t found any despite a few hours of searching. The best possibility seems to be Google Street View. But that experience is a bit impersonal, aimed at locations rather than the intersection of people and locations.

As a hiker, I love the idea of being able to bring the experience of Maryland Heights to others. I’m expecting that a social network for exploring the world in VR is right around the corner. And I’m looking forward to it. It’s going to offer a more intimate photo sharing experience than what’s available via Instagram and other 2D apps. The ability to feel that you are a part of the world someone else has captured is to step into their experiences, their memories, their world.

Right now, there seems to be a few panorama photo sharing networks, like SphereShare.net but it lacks VR.  And YouTube has some amazing VR videos. Seene lets you use Cardboard to see 3D images, but they are the result of an effect and not a fully immersive, 360 experience. Flickr has a VR app coming for Oculus (If a social VR photo app does exist and I’m just not finding it, let me know!) And vTime is supposedly going to be the first VR social network, where people can build virtual realities and travel those created by others.

In the meantime, for fun, I thought I’d share a VR photo I took using Google Cardboard Camera during a hike to Maryland Heights, the famous overlook at the Harpers Ferry National Park near where I teach.

If you want to view the photo in VR, you’ll need the Google Cardboard app on IOS or Android. Follow the simple instructions here to download it for viewing in your Google Cardboard Camera app.

The photo was taken atop Maryland Heights in January, 2016. Across from you is historic Harpers Ferry, WV. Maryland heights is a famous hike in Maryland that is part of the Harpers Ferry National Park. The river between you and Harpers Ferry below is the Potomac River. The river to the south (to the left of Harpers Ferry) is the Shenandoah River. Virginia is on the other side of the Shenandoah River. So, in this photo you can see three states. This is the confluence of the two rivers and the river continues as the Potomac, the same river that Washington, D.C. is on many miles downstream.  Enjoy!

What are your thoughts and predictions for VR in 2016 and the years ahead? How will VR marry with social networking?

Clearly, we are on the tip of the iceberg when it comes to VR.