Today is the first day of the fall 2017 semester.

As many of you know, this past summer was an especially exciting and busy one for me with the birth of my daughter!

Since becoming a dad, I’ve learned a ton about time management and still have a ton more to learn. I know it is going to be a bit more of a challenge to keep up with this blog in the semester ahead. But I am going to work hard to keep the posts coming. I have a lot of ideas for posts that I didn’t get to last semester, including discussing Ketchum’s Mindfire program, a personal branding assignment based on Karen Freberg’s book “A Roadmap to Teaching Social Media,” an exercise I did about Katy Perry and influencers, and the new message map activity my campaigns students did last year.

For now, I’d like to stick with a tradition on this blog by provide a brief overview of some new plans for the upcoming semester. Here’s a look at my social media class [all blog posts about that class] for fall 2017.

END_OF_DOCUMENT_TOKEN_TO_BE_REPLACED

Thinking About How We Teach Social Media Metrics and Analytics

In the social media education community, there has been a lot of discussion about teaching social media metrics and analytics to students. This has been a challenge and frustration for myself and many others. Access to industry tools is cost prohibitive for many universities, making it difficult for us as educators to prepare our students for this aspect of their careers.

END_OF_DOCUMENT_TOKEN_TO_BE_REPLACED 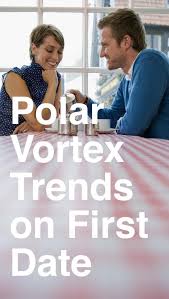